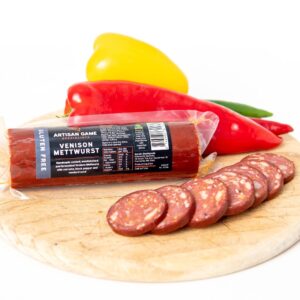 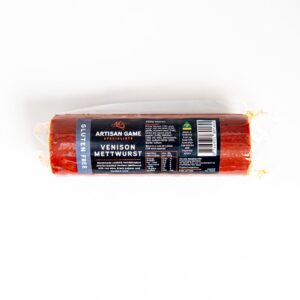 What is Artisan Game Venison Mettwurst?

View our Artisan Game Venison Mettwurst. Mettwurst is a strongly flavoured German sausage made traditionally from minced pork preserved by curing and smoking, often with garlic. More recent recipes use pork and beef mixed or just beef. The southern German variety is soft and similar to Teewurst. Braunschweiger mettwurst is partially smoked but still soft and spreadable, while other northern German varieties such as Holsteiner are harder and more akin to salami, due to longer duration of smoking. The Low German word mett, meaning ‘minced pork without bacon’, is derived from the Old Saxon word meti (meaning ‘food’), and is related to the English word ‘meat’. Mettwurst can be prepared and eaten a variety of ways, such as cooked or fried or served on rye bread with onions as is.

Store the Artisan Game Venison Mettwurst in a dry cool place out of direct sunlight. Refrigerate once opened. 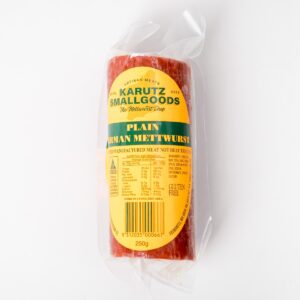 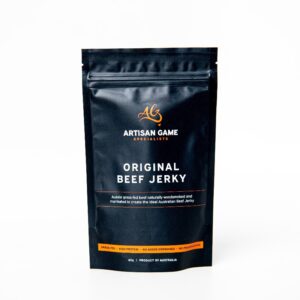 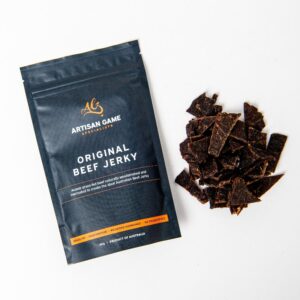 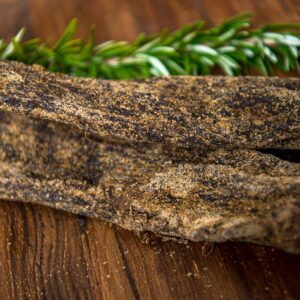 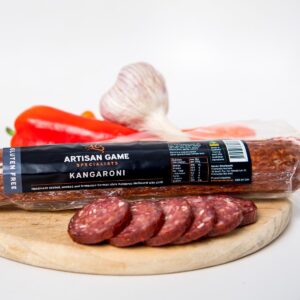 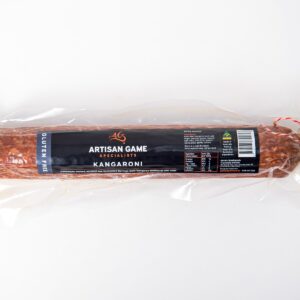 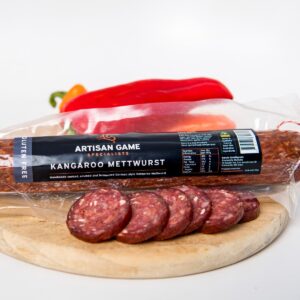 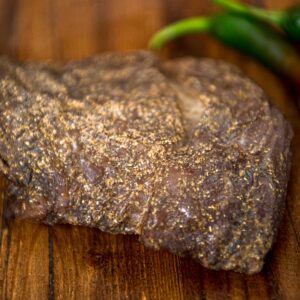 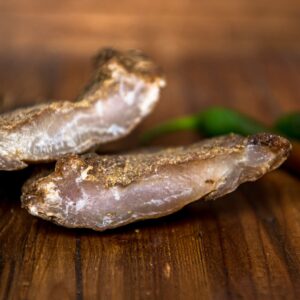 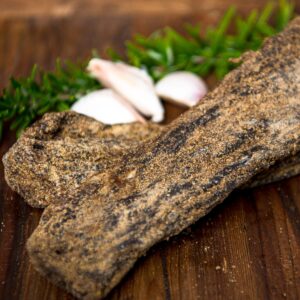 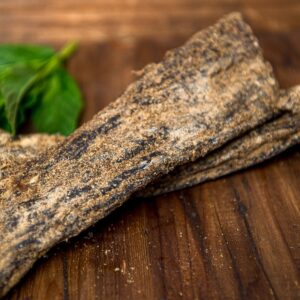